by Robin Landa, author of “The New Art of Ideas: Unlock Your Creative Potential“

“You’ll never get a promotion wearing mini-skirts,” said Jack, one of the creative directors in the advertising agency, who had been there for more years than I was alive. Jack shook his head as he walked by me and my au courant attire.

Jack wasn’t a feminist, to say the least, however he did offer a different, useful piece of advice early on. When I complained that my pitch had been overlooked, he said, “Don’t whine. Come to me with a solution to the problem.”

Apparently, I had been whining all my life; but this was the first time I had been made aware. More importantly, I became aware that whining to your mother about your curfew is one thing and whining to your boss about anything is quite another. Being whiny doesn’t warrant respect.

What will command respect? Mastering these six career rules.

Not all feedback is equal or even legit. Highly unfavorable criticism is hard to take, no matter how impregnable you are. If the judgment comes from an experienced or insightful source, then it behooves you to examine their feedback and take it under consideration. Consider less-informed or nescient criticism as exactly that.

Even today, when a senior colleague or a university student relays negative feedback they’ve received, I ask, “Is the source an expert?” And, “What exactly is the person criticizing?”

Learn to deal well with criticism from experts about your work solutions or your performance at work. However if it is actually negging, harassment, or workplace bullying, then you need to address that with the designated human resources officer.

Find motivation to do everything well, even the humdrum tasks.

For example, when young designers at an agency used to complain about having to work on dull projects, my esteemed colleague would remind them that no project is boring–it’s the designer who might be dull. Well, then.

3. Be assertive, not aggressive.

This might be the best advice you get. Ever.

“Being assertive is a core communication skill. Assertiveness can help you while respecting the rights and beliefs of others,” according to the Mayo Clinic.

Using “I statements” lets others know what you’re thinking or feeling without sounding accusatory. For instance, say, “I disagree,” rather than, “You’re wrong.” If you have a request, say, “I would like you to help with this” rather than, “You need to do this.” Keep your requests simple, specific and clear.

Taking a one-day assertiveness training course was some of the best money and time I’ve ever spent.

Being courageous when facing a challenge or adversity will help you stand out as well as get you where you want to go.

“I always did something I was a little not ready to do. I think that’s how you grow. When there’s that moment of ‘Wow, I’m not really sure I can do this,’ and you push through those moments, that’s when you have a breakthrough,”  Marissa Mayer, former Google and Yahoo executive once said.

Workplace culture is built. But no matter who has formed the culture, you can act civilly.

Actions to work by:

6. Own your future self.

Predicting the future amuses many people. Realizing you have a future self who might be very different from your present self is a mature concept.

If you think as the cubists did, you will realize you are in the process of becoming. “Human beings are works in progress that mistakenly think they’re finished,” explains Harvard psychologist Dr. Daniel Gilbert.

Try to imagine your future self and what kind of long-term plan will get you there. Commit to a personal development practice. And no whining.

Can you see the smile on your future self’s face? 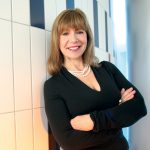 Robin Landa is a distinguished professor at Kean University and a globally recognized ideation expert. She is a well-known “creativity guru” and a best-selling author of books on creativity, design, and advertising, including “The New Art of Ideas: Unlock Your Creative Potential“. She has won numerous awards and The Carnegie Foundation counts her among the “Great Teachers of Our Time.”

The Top Sales Funnel Tools for You: What to Use When Starting Out

One week left to apply for mandatory Director ID. Here’s how to do it

Starting A Candy Company From Scratch